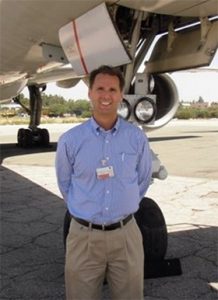 Mr. Johnson is the founder and President & CEO of Paramount Aviation Resources Group (“Paramount”). Mr. Johnson has accrued thousands of hours over the more than two decades he has serviced in aviation. He began his aviation career as a flight instructor and then as a commuter airline pilot with Northwest Airlink before joining Trans World Airlines (TWA) in 1996. In 2001 TWA was acquired by American Airlines. Mr. Johnson’s flight experience includes BA-3100, DC-9, E-190, MD-80, B-757/767 and B-747 aircraft in international and domestic operations throughout Asia, Australia, Africa, Europe, the Middle East and North America. Mr. Johnson served as the Chief Pilot in Honolulu, Hawaii overseeing DC-10 and B-747 crews for JALWays (a subsidiary of Japan Airlines). His responsibilities included crew support, contractual issues, new hire interviewing and B-747 simulator evaluations.

Using his background in aviation flight operations, instruction, and management, Mr. Johnson created Paramount to provide the highest caliber service and support in the industry while adhering to the core values of honesty, integrity, complete customer satisfaction and safety in aviation.

Mr. Johnson holds a Juris Doctorate law degree from Concord University School of Law and a Bachelor of Science degree in Industrial Engineering from Clemson University.   He enjoys boating, fishing and traveling with his wife and 2 children. 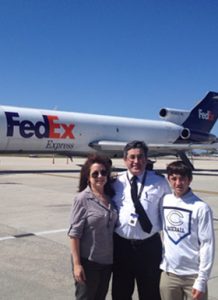 Having previously owned and managed VLF Crew Services, Vincent has decades of experience with ferry operations, airline operations and training services. He also has served as a FAA Designated Evaluator, Simulator Instructor, Captain, First Officer and Flight Engineer; and was part of the management team at Aeroservice Aviation Center, an FAR 142 Flight Academy.

Vincent has flown and managed hundreds of aircraft ferry movements, demonstration flights, test flights and delivery flights throughout the world and keenly understands the complexities and dynamics involved with coordinating and overseeing ferry related projects.  He has accumulated thousands of flight hours on several types of aircraft including, B-727, B-737, B-747-400, B-757/767, DC-8 and DC-9 aircraft.

Aside from flying ferries whenever his schedule permits, Vincent enjoys spending time with his family and friends, playing golf, hiking, biking, skiing and traveling. 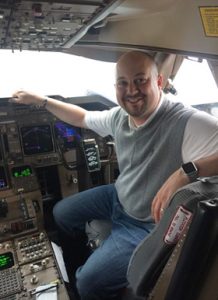 Bryan McKee has worked in the aviation industry for the past eleven years in various flight operations capacities.  He is responsible for overseeing Paramount’s ferry operations.  Since the age of two Bryan has wanted to be a pilot.  He holds type ratings on the A-320, B-737, B-747-400, B-757/767, and the ERJ-170/190.  Bryan truly knows how to drive success with his tenacity, insight and commitment to safety.  His background and experience enable him to adapt quickly to various situations and solve problems quickly and effectively. 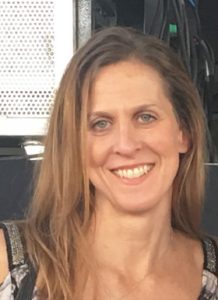 Susan is responsible for overseeing Paramount’s Accounting Department.  She has a wealth of experience in corporate accounting.  Susan graduated from California State University – Sacramento with a B.S. in Criminal Justice with a minor in Sociology.  During college, Susan interned with the Department of Alcohol, Tobacco and Firearms (ATF).  She started her career as a bookkeeper for JB Management, Inc, a contract company with the U.S. Department of Defense.  Over her nearly two decades at JB Management she worked her way up to Accounting Manager overseeing an annual budget of more than $40 million.   Susan then transitioned to the American Diabetes Association as the Corporate Financial Manager before joining Paramount in 2016.

Susan and her husband enjoy spending time with their three children.

ANY AIRCRAFT. ANY REGISTRY. ANYWHERE.